BRUSSELS, Aug 02 (IPS) – Myanmar has been embroiled in violence and civil unrest since the military ousted the elected government of Aung San Suu Kyi in a coup in February 2021. The initially widespread peaceful protests were crushed with deadly force by the military and police.

The nonviolent opposition has since turned into armed resistance and the country has slipped into what some UN experts characterize as civil war. More than 1 million people are displaced by the violence, according to the UN.

In the first six months after the Myanmar military coup, civilians have been killed, imprisoned, tortured, disappeared, forcibly displaced and persecuted, as documented in a detailed report by Fortify Rights and the Schell Center for International Human Rights at the Yale Law School. The report argues that these acts amount to crimes against humanity.

The executions of four political prisoners by the illegal military junta in Myanmar have also briefly disturbed some Western media and governments. Even the UN Security Council, including China and Russia, condemned the executions.

The G-7 also followed. They said the executions reflect “contempt” for the Myanmar people’s desire for democracy. These executions of four political prisoners, despite international appeals, set Myanmar back decades, it is said.

The brutal and inhumane nature of the military junta was reaffirmed when the families asked to collect the bodies after the hanging, the junta stated that they were not required by law to release the bodies.

“These horrific acts by a ruthless junta that has shown no qualms about waging war against the Myanmar people to bolster its power. The world community, and all ASEAN members in particular, should view these cold-blooded killings as yet another wake-up call about the true nature of the terror regime that Myanmar’s military is trying to impose on the country,” said Eva Sundari, former member of the Indonesian House of Representatives and board member of ASEAN Parliamentarians for Human Rights (APHR).

Through spokesman General Zaw Min Tun, the junta boasted in its response about the junta’s justice system, claiming that the four detainees enjoyed “full rights” and were “allowed to defend themselves in court”.

The question is what this means for the rest of the world — including India, China, Russia and ASEAN — and their involvement with the junta? The seriousness of the situation is compounded by the fact that the Myanmar regime plans to execute 41 additional political prisoners, and given the current situation, Myanmar’s military regime has nothing to lose in the proceedings.

“When the principles of civilized societies are challenged, it is not only an act of resistance to the principles in question, but also a demonstration of contempt for civilization itself,” said Youk Chhang, a survivor of the killing fields of the war under the Khmer Rouge, in the authoritative The Diplomat.

Amnesty International has accused Myanmar’s military of committing widespread atrocities in Kayah, in the eastern part of the country. These war crimes are probably crimes against humanity. “The use of landmines by the Myanmar military is abhorrent and cruel.

At a time when the world has overwhelmingly banned these inherently arbitrary weapons, the military has placed them in people’s gardens, homes and even stairwells, as well as around churches,” said Matt Wells, Amnesty International’s deputy director of Crisis Response, in a statement.

Amnesty’s report states that landmines have been deployed in at least 20 villages in Kayah. Earlier this month, the Karenni Human Rights Group also accused military forces of planting landmines in villages and settlements in Kayah state. Villagers whose livelihoods depend on working their fields live in perpetual fear due to the presence of these landmines.

Earlier, UNICEF, the United Nations Children’s Fund, reported that landmines and unexploded ordnance have maimed or killed children in many regions of the country, with the highest casualty rate in Shan State in northeast Myanmar.

Beyond the immediate danger, planting landmines could prevent people fleeing violence from returning to their homes and fields, Amnesty International noted. “The military appears to be systematically laying landmines near where it is stationed and in areas from which it is withdrawing.”

The Thai government appears increasingly complicit in the deadly reign of terror by the Myanmar junta. On June 30, a plane from Myanmar, identified as a Russian-made MiG-29, violated Thai airspace during a bombing raid in eastern Myanmar. The jet raid led to the evacuation of homes and classrooms in the Phop Phra district in Thailand’s Tak province.

Videos taken from Thai territory and shared on social media show Myanmar jets shelling and bombing villages in Karen state, where deadly fighting rages between junta forces and armies controlled by the ethnic Karen National Union and the anti-coup People’s Defense Forces (PDF). In response, the Thai Air Force dispatched two of its own fighter jets and the Thai embassy in Yangon has reportedly issued a diplomatic warning to the junta.

Commenting on the incident, Thai Prime Minister Prayut Chan-o-cha said in his typical nonchalant and authoritarian manner that the invasion of Thai sovereignty was “no problem”. The Thai government obviously wants to downplay and cover up the scale of the atrocities and humanitarian disasters unfolding in Myanmar.

Just a day before the Myanmar plane caused Thai schoolchildren to flee in panic, a Royal Thai Army delegation in Naypyidaw was shaking hands and exchanging gifts with Senior Gen. Min Aung Hlaing, the leader of the genocidal junta. While Thai authorities appear to be promoting ‘business as usual’ with Min Aung Hlaing’s criminal regime, the people of Myanmar and border communities in both countries are paying the price.

The desperate situation for the citizens of Myanmar has been exacerbated by the actions of the Thai authorities. Forced to live in the shadows, unable to gain legal status and faced with dwindling aid and resources, Myanmar refugees in Thailand have reported extortion and arbitrary arrest and detention.

Thai foreign policy towards Myanmar has arguably moved from deliberate blindness to complicity in mass atrocities at this point, https://thediplomat.com/2022/07/thailands-myanmar-policy-is-costing-communities-on-both-sides-of-the-border/ said.

Judgment of the ICC in The Hague

On Friday, July 22, the International Court of Justice ruled definitively that The Gambia has jurisdiction to continue its case against Myanmar for the genocide of the Rohingya. This is the first time a Genocide Convention case has been accepted from a country with no direct connection to the alleged crimes – resulting in a vote against by Chinese judge Xue Hanqin.

She agreed with the junta’s second objection which stated that “the applicant must have some territorial, national or other form of connection with the alleged acts”.

All 16 judges unanimously rejected three of Myanmar’s objections. It is worth noting that while Myanmar is now represented by a junta-led legal team, the objections in question are the same as those filed under the National League for Democracy government in 2020.

So now that the matter has been given the green light, it will probably take a few more years before real progress can be made.

Coup leader Min Aung Hlaing has made Myanmar a murder republic, claims David Scott Mathieson in The Irrawaddy: “The execution of four dissidents was not necessary to know that the regime of the coup leader Supreme General Min Aung Hlaing now falls into the same category as the Iraq of Saddam Hussein or a Latin American dictatorship in the 1980s.

That should have been clear since the day of the coup, given his decade-long massacre during the so-called ‘transition.’ But Min Aung Hlaing’s Myanmar is a new category of repressive military junta: a murder republic.” He hopes that “Min Aung Hlaing and his clique will eventually face trial.

Ideally, it should be more humanistic than how the killers of the SAC (the junta) have treated the people of Myanmar. Stand against a wall in front of a firing squad. That is what tyrants should be afraid of.”

Jan Servaes was UNESCO-Chair in Communication for Sustainable Social Change at the University of Massachusetts, Amherst. He taught ‘international communication’ in Australia, Belgium, China, Hong Kong, the US, Netherlands and Thailand, in addition to short-term projects at about 120 universities in 55 countries. He is editor of the 2020 Handbook on Communication for Development and Social Change
https://link.springer.com/referencework/10.1007/978-981-10-7035-8 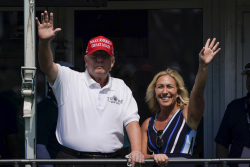