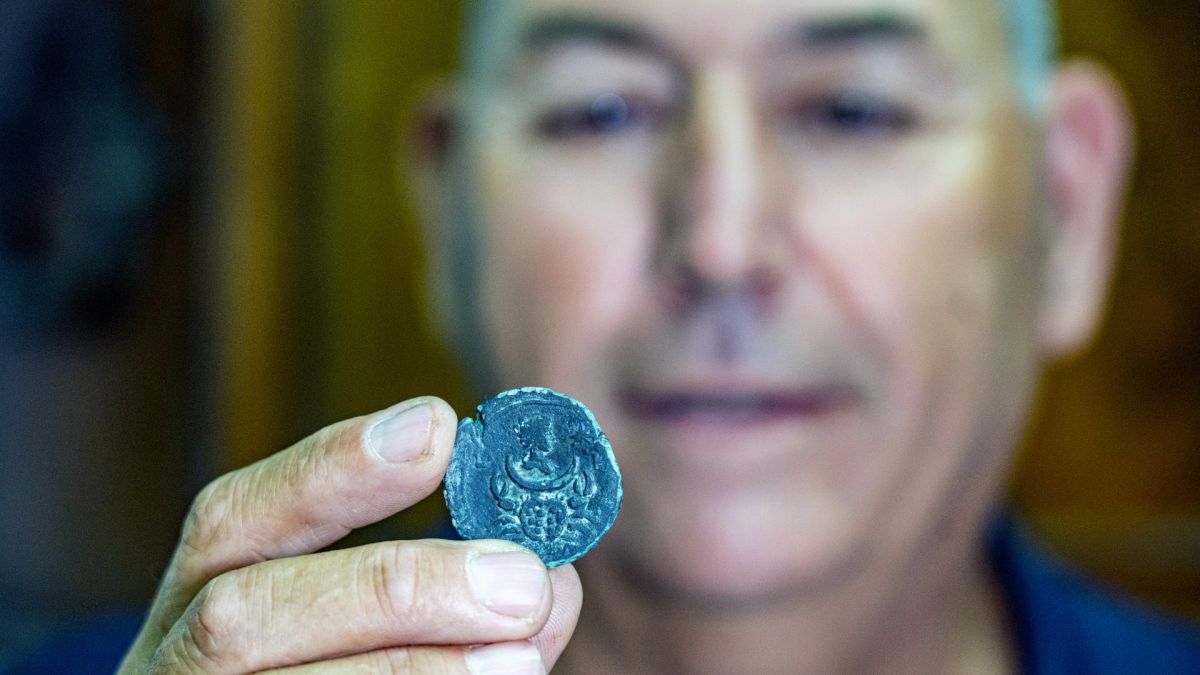 Archaeologists diving into the Mediterranean sea by Israel have discovered a bronze coin on the seafloor dating to one of the Roman Empire‘s most peaceful eras. On one side, the coin depicts Luna (Selene in Greek), the Roman goddess of the moonwith a crab, the astrological sign of cancer, beneath her.

The team spotted the roughly 1,850-year-old bronze coin while exploring off the coast of Haifa in northern Israel.

“This is the first time such a coin has been discovered off Israel’s coast,” Jacob Sharvit, director of the Israel Antiquities Authority’s (IAA) Maritime Archaeology Unit, said in a statement.

The coin was minted during the reign of Emperor Antoninus Pius, between AD 138 and 161. Antoninus Pius ruled after Emperor Hadrian, who tried to stamp out the Jews and Romanize the people in the province of Judaea, according to Britannica (opens in new tab), For instance, Hadrian sold Jewish prisoners into slavery, forbade the teaching of the Torah and gave province Judea a new name: Syria Palaestina, Britannica reported. Conditions improved for the Jewish people under Antoninus Pius, according to The Jerusalem Post (opens in new tab)which reported that it took Antoninus Pius only about a year to repeal the addicts that were targeting the Jews.

In general, Antoninus Pius is known as one of the last emperors to reign during Pax Romana, an era of relative peace in Rome between 27 BC and AD 180. Rather than using military force to solve issues, Antoninus Pius was known to delegate regional differences through local governors, according to the statement.

The crab-bearing coin belongs to a set of 13 coins that depict astrological signs. Twelve depict one astrological sign each, while the 13th depicts the entire zodiac, Lior Sandberg, a coin expert at the IAA, told The Times of Israel (opens in new tab),

“Israel’s Mediterranean shores and waters have yielded many archaeological sites and finds that attest to connections in antiquity between Mediterranean ports and the countries along it,” Sharvit said in the statement.

The coin itself has turned partly green over the centuries; Bronze is made from tin and copper, and when copper is exposed to oxygen and water, it forms an oxide layer, Live Science previously reported. This layer becomes thicker with time, until the copper beneath the layer is no longer exposed to the air and can’t react to it anymore.

“As the oxide film matures and grows more color, it will begin to [change]ranging from yellow-reds, blues and to a greenish color,” Paul Frail, an advanced senior engineer in corrosion treatments with Suez Water Technologies & Solutions in Pennsylvania, previously told Live Science.

“These finds, which were lost at sea and disappeared from sight for hundreds and thousands of years, have been remarkably well preserved,” Sharvit said. “Some are extremely rare and their discovery completes parts of the historical puzzle of the country’s past.”