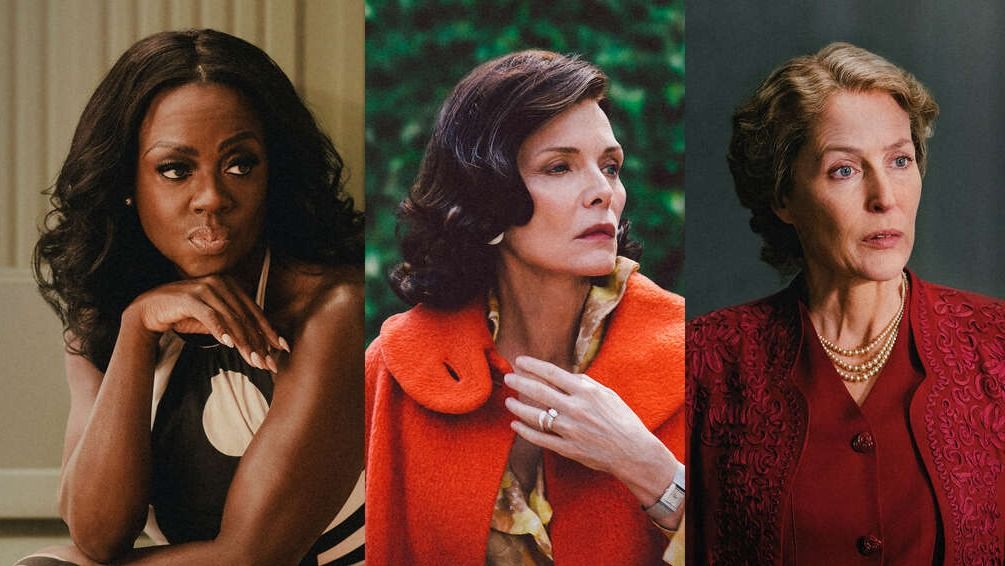 Showtime has pulled the plug on its star-studded anthology series The First Lady.

As first reported by Deadline (opens in new tab), the Paramount subsidiary network has opted against renewing the political drama for a second season. The move comes just three months after The First Lady premiered on Showtime Anytime and Paramount Plus,

Set in the East Wing of the White House, the 10-episode series centered on the lives and influence of three prominent First Ladies of the United States: Eleanor Roosevelt (Gillian Anderson), Betty Ford (Michelle Pfeiffer) and Michelle Obama (Viola Davis) ).

“Showtime can confirm that the anthology series The First Lady will not be moving forward with another season,” a Showtime spokesperson said in a statement given to Deadline.

“We would like to applaud the artistry and commitment of our showrunner Cathy Schulman, director Susanne Bier, their fellow executive producers, our amazing cast – led by executive producer Viola Davis, Michelle Pfeiffer and Gillian Anderson – and our studio partner Lionsgate for their dedicated work in telling the unique stories of three remarkable leaders.”

Despite earning plaudits for its costumes, set design and the performances of its three leads, The First Lady endured a drumming from critics on release, with many targeting the show’s seemingly random narrative structure and reluctance to offer any new insight into its central characters.

At the time of writing, The First Lady sports a lowly 41% critics score on Rotten Tomatoes (opens in new tab), Its audience score isn’t much better, at just 58%, though its IMDb ratingg (opens in new tab) stands at a slightly more respectable 6.8/10.

Given the less-than-warm reception from both critics and audiences, then, it’s not too much of a surprise to see Showtime (read: Paramount) call time on The First Lady after just one season. Still, the show’s high production costs – the likes of Anderson, Pfeiffer and Davis don’t come cheap – and positioning as a major Paramount Plus launch title in the UK will surely leave a sour taste in the mouth of studio executives.

What’s more, the cancellation of The First Lady dents the appeal of Paramount Plus globally. As above, the series, being a Showtime title, is automatically bundled into the UK version of the burgeoning streamer (since Showtime Anytime is not available in the UK), though US subscribers can add Showtime’s library – which includes the likes of Billions, Yellowjackets and Dexter – onto their existing Paramount Plus packages for a small fee.

Of course, The First Lady’s one and only season will remain available to watch, but it’s disappointing that those who did enjoy the starry series won’t be treated to a follow-up season in the future.

Instead, Paramount will likely double-down on its Halo TV series and myriad Star Trek properties – not to mention its stellar movie library – in an attempt to attract and retain Paramount Plus subscribers.

A major key in the platform’s near-future success may also come in the form of Top Gun: Maverick, which remains exclusive to theaters but seems destined to arrive on Paramount Plus before the year is out. For more details on that front, check out our report on when we think Top Gun: Maverick might come to streaming services,