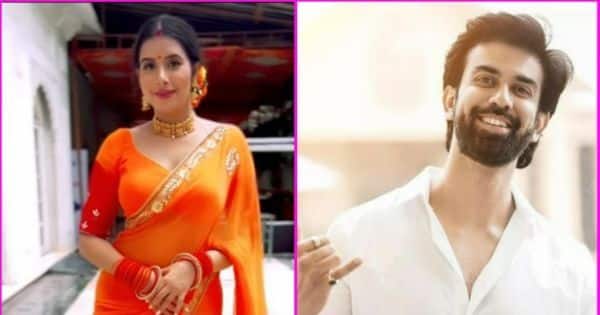 The marital drama in the lives of Charu Asopa and Rajeev Sen has got a lot of limelight. The actress revealed some days back that she has moved out of her home, and is living with her brother. Their daughter, Ziana was with her. Now, she has shared some clips from her daughter Ziana’s ninth month birthday. Yes, she is now nine months old, and incredibly cute. It looks like the day coincided with Hariyali Teej, which is a famous Rajasthani festival. Charu Asopa decked up for the day in an orange saree with gota-pati with marigolds in her hair. What did not go unnoticed was the sindoor. This has left people wondering if the couple are back together. Also Read – Kareena Kapoor Khan mocking Aamir Khan; Mallika Sherawat on refusing to compromise with superstars; 5 explosive statements of B-town divas

Fans were quick to spot and passed comments like “I wish Rajeev and aap again sath hojaye and ZIANA is that chain wo makes both of you together,” while others said, “Vaise rishta tut chuka h vaise maang bhar kr ghumti h drame h sab ” The couple’s marriage has been fraught with issues right from the start. Another person said that these people have made a mockery out of marriage and the institution. Also Read – Aamir Khan’s Laal Singh Chaddha to Brad Pitt’s Bullet Train: Movies and series releasing in August to suit all your binge needs

Rajeev Sen and Charu Asopa have said different things after she gave an interview about their marriage being toxic. The actress said that she did not want Ziana to grow up in a toxic environment. The kid has been unable and Rajeev Sen praised his wife for looking after her so well. He said that he had been kept in the dark about her first marriage, which happened in Rajasthan. He also said that Charu Asopa’s mom Neelam was on his side. Rajeev Sen’s sister Sushmita Sen is also in the news for her relationship with Lalit Modi. Also Read – Pushpa 2: Allu Arjun’s hefty fee plus 33 per cent profit share totally unfavourable for producers? [Read Report]