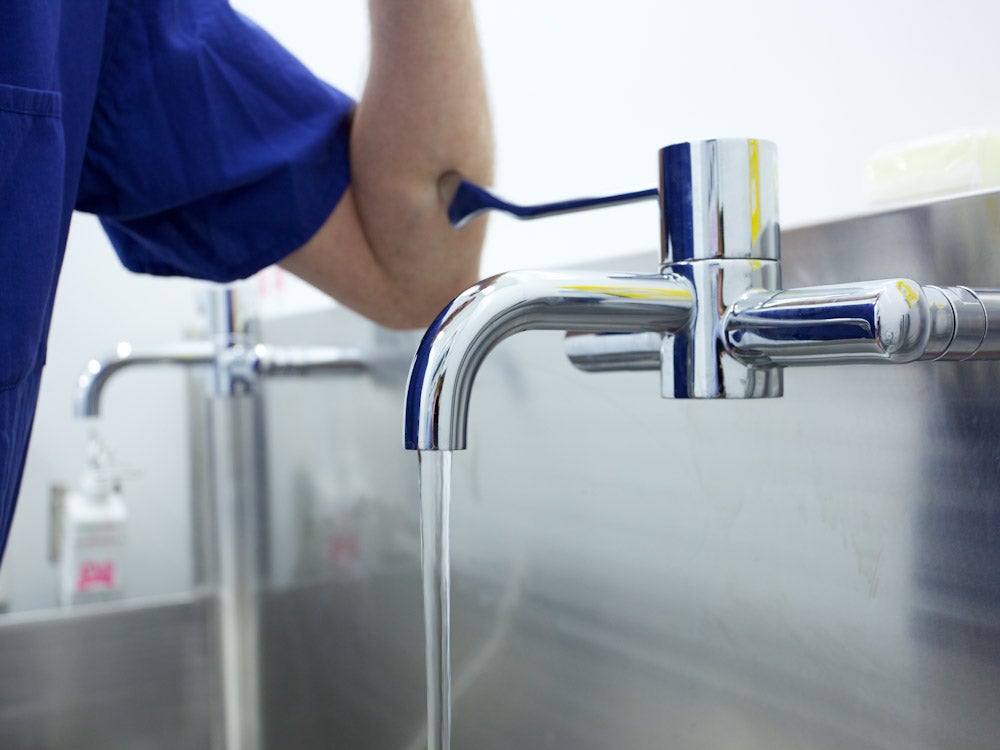 The presence of harmful bacteria in hospital water systems poses a serious risk to the health of patients and requires careful management to avoid an outbreak of related illnesses.

Even if a hospital has not previously had any problems with water-based bacteria, there is no guarantee that this will always be the case and can even lead to complacency.

Biofilms forming in water systems can result in the presence of harmful bacteria such as Pseudomonas aeruginosa and Legionella pneumophilawhich present the greatest dangers for immunocompromised patients and can lead to severe illnesses such as pneumonia and Legionnaires’ disease.

“You’re not going to find bacteria-free water systems. But once it gets into the building, it can become a problem. And that’s any building, but especially hospitals,” says Marissa Khukaz, Medical Prefiltration Product Manager for Pall Corporation.

Some waterborne pathogens may be more common in particular regions around the world than others, which gives hospital authorities some indication of the potential bacteria present. In less developed countries, water quality standards may not be monitored, regulated or treated with chemicals or filtration upfront, while rundown infrastructure can exacerbate matters.

However, the issue of harmful bacteria in water systems is not confined to older hospitals or poorly maintained infrastructure. There are also documented reports of harmful bacteria in new buildings in the Western world. Pipes may have been checked for leaks on installation, but there can still be issues of stagant water within due to the lack of flow early on.

And despite the risks of bacteria being typically higher in warmer conditions, there remain hazards that need managing in colder temperatures.

“Water is considered less of a problem depending on where you are in the world,” she says. “There’s more attention paid to inhaling via aerosols. That’s really because Legionella has been such a focus, its primary method of infecting a patient is via inhaling aerosols and getting into the lungs.

“But some of those pathogens can be transmitted and contracted from water to the skin and vice-versa.”

Looking for an immediate fix for hospital water systems without addressing the underlying issues is unlikely to result in long-term benefits and only lead to recurring problems. Some hospitals may use disinfectants to treat water systems. While this can result in short-term relief, it does not fully remove biofilms.

“There are a lot of studies that point to the fact that a one-time, high dose of chlorine in the system does help immediately,” adds Khoukaz. “But because there’s still biofilm in the pipes, that biofilm just reproduces and can become a problem again afterwards.”

Furthermore, bacterial biofilms can quickly grow and reproduce, which can result in a major incident if not correctly managed.

“Once you have bacteria that are adhered to the walls of the piping, that biofilm – depending on what it’s composed of – can reach maturity relatively rapidly. It’s typically a matter of days, weeks, or sometimes months,” adds Khoukaz. “But the process starts as soon as the water is in a pipe. Bacteria will grow on any surface if it’s given enough time.”

Hospitals must understand their water systems and plumbing to identify potential areas at risk. Any changes to pipework also pose potential water safety hazards. For example, if the piping has been changed and water no longer flows along a certain section it used to, then there is a risk of a dead-end and nowhere for existing water within that space to go. Or if a previously used tap or shower is out of use, there is a risk of bacteria developing. Both these examples provide opportunities for stagnation and biofilm to build up and bacteria to spread into other parts of the water system.

And while water sampling is useful, it can be misleading and should not be solely relied upon as proof of safety.

“There tends to be a bit of an overreliance on that data. You may run a test for Legionella or another pathogen pseudomonas and it comes up negative. And so, you think you don’t have a problem. The thing about water samples is that they are a snapshot in time,” says Khoukaz. “Water sampling is good practice as data over time, but it shouldn’t be the sole reason for implementing or not implementing procedures to manage the water.”

To keep the risk of waterborne pathogens as low as possible, hospitals need multiple modes of monitoring and control measures. These may include water sampling, flushing routines, filters, and disinfection. As Khoukaz explains, hospitals must understand their technologies and avoid an over-dependence on one solution.

“There’s a risk with not understanding the technology and how it performs best, at what water temperature or pH level. Does it perform differently if there’s a lot of particulate or debris in the water? Things like that really impact how well and how healthy your system will be with those control measures in place,” says Khoukaz. “You don’t want to just rely on only one solution because it’s likely not reducing risk enough for all the patient populations in the hospital.”

Filters in the Pall-Aquasafe™ and Pall QPoint® Point-of-Use ranges can be fitted on taps or showers within minutes, trapping all waterborne microorganisms within the filter matrix while allowing water to flow through and stopping bacteria from being released back into the system. Pall’s water filters are suitable for use with the standard surface disinfectants widely used throughout hospitals.

Rather than placing water filters on all taps and showers within a hospital, Pall focuses on protecting patients in the highest risk areas such as intensive care and neonatal units.

“As soon as you put a filter on at that tap or shower, you’re producing bacteria-free water,” adds Khoukaz. “If you have a filter on all the taps in a hospital unit, and that’s the only way that water is

getting to the patient, then you’ve effectively eliminated that as a transmission source for infection.”

Pall’s specialists can provide expert advice and support for building operators seeking to improve the safety of their water systems. To find out more about more, download the document below.