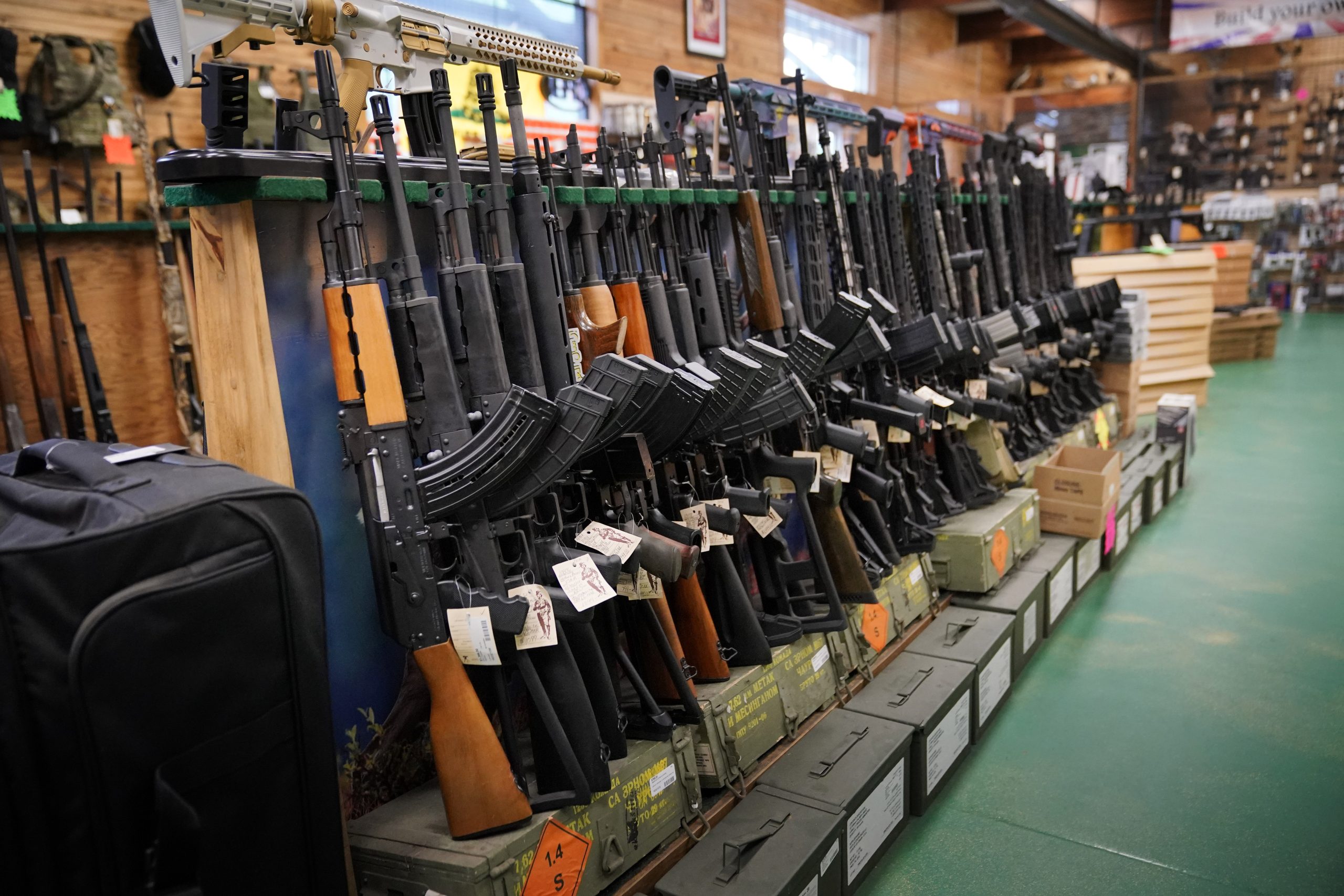 When President Joe Biden signed the Bipartisan Safer Communities Act in June, it seemed the best Congress could do, given Republican opposition to new gun control laws. The bill includes the expansion of background checks for 18- to 21-year-old gun purchasers, closure of the so-called boyfriend loophole to block gun purchases by abusive partners, grants to states to enhance “red flag” laws, and funding for school safety and youth mental health programs.

But it could be time for a new approach to America’s gun problem: a national gun buyback program, paid for by higher excise taxes on gun purchases. For decades, federal and state gun policy has been focused on regulation: banning private sales of some weapons, restricting who can buy specific weapons, controlling where guns can be carried or fired, and so on. Most of the proposals advocated by reform groups like the Brady Center to Prevent Gun Violence and Everytown for Gun Safety reflect this regulatory approach, which has yielded a significant body of laws, such as prohibiting the sale of automatic weapons. But in the modern context, it has three distinct limitations.

First, it is nearly impossible for Congress to enact major gun control legislation. Any gun control law must pass the 60-vote filibuster threshold in the Senate. Since 1981, there have only been 133 days when the majority party had 60 or more votes, so as a practical matter, a reform bill needs at least some Republican support. Still, over the past decade, there have been very few Republican votes for any gun control measure.

Second, the Republican majority on the Supreme Court is skeptical of gun control laws. In June, for example, they struck down a New York law requiring state approval for citizens to carry a concealed weapon.

Third, no politically feasible restrictive gun law would address the enormous number of firearms already in circulation. A 2018 study found that Americans possess about 45 percent of all the privately owned firearms in the world, If Congress banned all gun sales today, the country would still have more guns than people.

As an alternative to regulatory gun control measures, I’m proposing a gun buyback program in which the purchase price is tied to each weapon’s market value and the likelihood of its being used in criminal activity. To finance the program, Congress should increase excise taxes on firearms, ammunition, and selected tactical gear such as body armor. The federal government already levies about a 10 percent tax on firearms and ammunition. Under my proposal, these taxes would be increased significantly, though not so high as to be prohibitive and trigger court challenges. To go further, Congress could potentially apply a progressive tax based on how dangerous a weapon is, like placing a higher tax on an AR-15 semiautomatic rifle than a historic flintlock rifle.

Do gun buyback programs work? Critics point to cities that have purchased weapons and then destroyed them, typically on a short-term basis, with mixed results, However, other countries have national buyback programs that have had greater success. several studies have confirmed that Australia’s buyback of assault weapons in the 1990s, albeit compulsory, reduced homicides and suicides. Additionally, the pricing structure will help provide the greatest benefit for public health by targeting the most violent weapons.

Additionally, increased taxes on firearms, ammunition, and gear could help reduce purchases of new guns. A 2002 study by Douglas C. Bice and David D. Hemley found that consumer demand in the handgun market is highly elastic: As prices increased by 1 percent, demand decreased by 2 to 3 percent. Congress can choose a tax rate that balances the need for revenue against discouraging private weapon sales.

While raising taxes is often unpopular, there is a strong economic case for taxing weapons, ammunition, and gear to reflect the costs they impose on American society that are not reflected in consumer prices. When a manufacturer sets the price of a gun, it is not factoring in the public health costs for firearm injuries, the security costs that schools and religious institutions pay, and, of course, the incalculable price of gun deaths. These costs are often paid by people who neither own guns nor profit from their trade. An efficient government should ensure that these costs are borne by the producers and consumers of firearms, not by the 68 percent of Americans who do not own them.

Ideally, Republicans would embrace this proposal as a measure to increase public safety without infringing on the Second Amendment. But given Republican opposition to tax hikes in general, let alone on guns, a Democratic-votes-only maneuver through the budget reconciliation The process would be necessary. An excise tax on weaponry and a firearm buyback program are budgetary measures that fall well within the confines of reconciliation and thus can be enacted by a simple majority of the Senate.

Buybacks offer three defenses against court challenges, given that the Supreme Court has embraced the notion, however misguided, that nothing can impede an individual right to own and use firearms. First, it is an exercise of core congressional powers: taxing and spending. Second, Congress has a long history of excise taxes, dating back to 1791, There has been a federal excise tax on firearms and ammunition for more than a century, the Court cannot Accuse Congress of trying something completely new. Third, as long as the tax rates are not prohibitiveneither the excise tax nor the gun buyback program constitutes an “infringement”: citizens can still buy guns so long as they pay the tax, and gun owners are not forced to participate in the buyback program.

With one of America’s two major parties completely unmoved by firearms carnage, filibuster-proof congressional action or help from the Supreme Court are nonstarters. With a national gun buyback, Democrats can act independently. Whether one could get 50 Senate Democrats to support such a measure is a legitimate question. Would Joe Manchin take a gun tax hike back to West Virginia? Would Jon Tester, Maggie Hassan, Jeanne Shaheen, or even Bernie Sanders want to do the same in their rural home states? Could the entire Democratic caucus in the House stay united? That might be a hard sell, but a buyback offers a peaceful, legal way to get guns off the street, and that might prove more than a little persuasive to wavering Democrats when other alternatives seem like dead ends.