Actress Anveshi wreaks havoc in every look. She has flaunted her perfect figure in many pictures. Her Instagram account is full of bo*ld and pictures. Actually, recently the actress was spotted at the pre-release event of the South film ‘Rama Rao On Duty’. Anveshi Jain arrived wearing a simple silk saree blouse at the pre-release event of ‘Rama Rao On Duty’. During this, everyone’s eyes remained on her beauty. In the pictures that surfaced, you can see that the actress completed her South look with gold jewellery. People of Anveshi’s style are so crazy that many fan pages have been created in her name on social media, where her pictures are shared. In the matter of hotness, Anveshi Jain also competes with Bollywood beauties and the proof of this is her pictures, which are becoming fiercely viral on social media these days. It will be difficult to take your eyes off each and every photo. Indian Ho Gaya Westers Anveshi wreaks havoc in every look. Investigator got a big recognition from ‘Gandii Baat 2’. In this series, she gave a lot of intimate scenes, which was discussed a lot. After the release of this series, people started searching her on Google and she became an internet sensation on sight. Let us inform that Anveshi Jain is a resident of Madhya Pradesh. Apart from being an actress, she is also a model and host. She has hosted many corporate events, campus events, charity events and private parties. 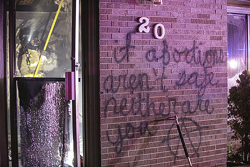