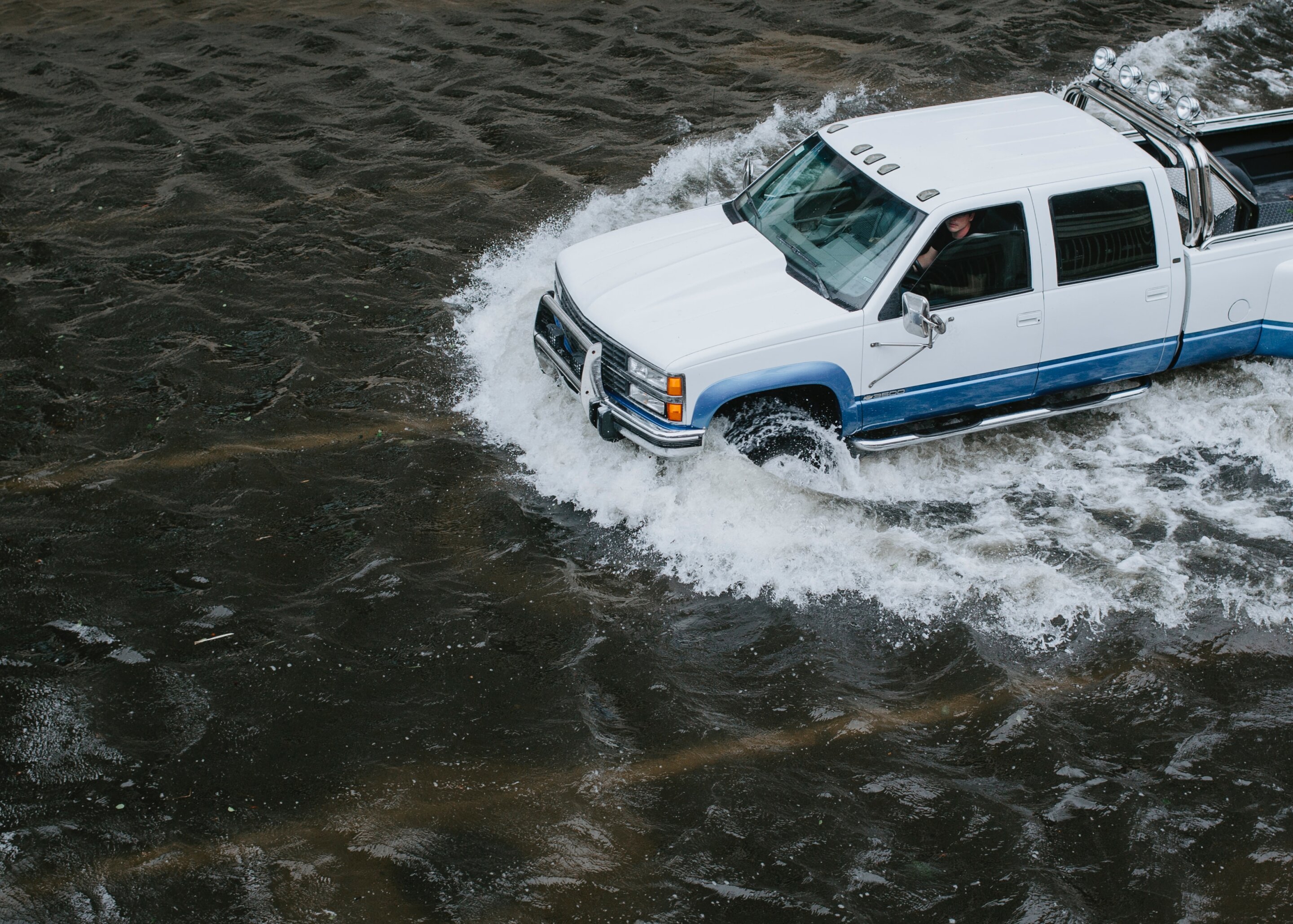 The region’s sewers, creeks and storm drains were no match for last week’s record-shattering rainfall—a downpour remarkable not just for its unprecedented total, but also for its intensity. Pouring water sprawled over creek banks, across roads, and into homes and vehicles, stranding hundreds and killing two.

Levees overtopped in St. Peters and the Metro East. Sewers backed up across the region.

But unlike the frequent floods along the area’s major rivers in recent years, water from within was a primary danger this time, as many low-lying neighborhoods filled with rain far faster than it could drain off.

“There’s something almost very primally frightening to see floodwater come up,” said Eric Stein, a University City resident whose home was overrun Tuesday by the River Des Peres. “You realize it’s going to get you.”

Experts and officials said the ordeal offers a stark warning that the area’s storm systems and water managers must confront: The warming climate is making major downpours more common. And the expansion of homes, parking lots and subdivisions fuels more runoff than ever before.

Yet it’s unclear who, exactly, is responsible for the region’s stormwater.

“There is no one clear authority that you can blame or hold responsible,” said Stein, who also serves on University City’s Commission on Storm Water Issues. “It’s very complicated.”

Last Tuesday, St. Louis was slammed by an astounding 9.07 inches of rain—crushing the area’s previous record for daily rainfall by more than two inches. And the bulk of that rain fell in only about a three-hour span.

That’s about a quarter of the region’s average annual precipitation compressed into a few early-morning hours.

It was simply too much water, too fast. Even two inches of rain in an hour can trigger problematic flash flooding, according to experts on the stormwater commission in hard-hit University City.

(The region saw that again Thursday afternoon, when a second round of violent rain dumped 2 to 4 inches of water, sparking additional flash floods.)

Different forces have combined to crank up the risks.

On one hand, increasingly severe downpours are a well-established result of climate change. Warm air can hold—and unleash—more moisture. For every 1 degree Fahrenheit of warming, air can hold 4% more water, according to Climate Central, a nonprofit focused on climate science and data.

That raises the chances for extreme storms that were once exceptionally rare.

The Metropolitan St. Louis sewer district, for instance, estimated Tuesday’s rain as an event that occurs less than once every 500 years. But such comparisons are becoming almost meaningless, as the climate of the present becomes increasingly different than the climate of the past.

Indeed, rainfall intensity in St. Louis has grown markedly over the past several decades, as has the number of days during which the city is hit by more than one inch of rain, according to an analysis from Climate Central.

Experts say the flood-prone upper River Des Peres, which wanders through communities like University City before getting tunneled underground, offers a prime example of the bad fit between prevailing water management trends and a more volatile climate.

When the watershed was hit with Tuesday’s torrential rain, levels on the upper river soured well above the threshold that has spelled flood problems in the past. The river spilled out of its banks. It pushed water up the storm drains, into the streets. And when the main current hit the 20-foot openings to the “tubes” that direct the river underground, northwest of Forest Park, all of that volume simply didn’t fit, University City stormwater commission members estimated.

That left streets filled, cars covered, basements full, and residents reporting worse flooding than ever before—even in areas that aren’t next to the river.

There have been so many floods in recent years, so many close shaves, he had the sense that flood damage was just inevitable.

“I’ve always known that this is going to happen,” he said.

In a section of western St. Louis alongside Maplewood, where homes sit within the official River Des Peres floodplain, residents were hit twice last week by the heavy rains. Some have lost count of the number of times their basements have taken on water.

“People say, ‘Why don’t you move?'” said Ellendale resident Debbie Boshans, whose basement has been flooded four times before these storms.

“How do you sell a house that’s flooded that many times?” her husband, Jeff Boshans, chimed in.

The neighborhood is now pocked by empty lots, the product of sewer district buyouts of years past.

But not this time, said district Sean Hadley. This time, the issue wasn’t the sewers, it was the incredible amount of water itself.

“The system worked like it was supposed to,” Hadley said. “The River Des Peres jumped its banks. That’s an act of nature.”

The sewer district doesn’t have money to buyout homes for overland flooding, he said. Voters in St. Louis and St. Louis County, the district’s service territory, rejected an extra fee in 2019.

Members of St. Louis Mayor Tishaura O. Jones’ office, asked Wednesday during an event in the neighborhood about buyouts, said MSD handled that.

MSD pointed back at the city and said there’s nothing stopping it from buying out flood-prone properties.

A for Jones said Friday it was focusing on getting emergency supplies to residents impacted by flooding and would examine long-term solutions later.

St. Peters had two problems on Tuesday. One: So much water fell, the pumps meant to pull water out of the city’s interior and dump it over the Dardenne Creek levee just couldn’t keep up. Two: The creek rose so quickly, the levee overtopped.

Janice Finch Sheppard, who has owned and operated Allure Salon for 23 years on Church Street, doesn’t think her building is salvageable. She dropped her flood insurance years ago after the levee system was improved and officials told her she didn’t need it anymore.

She and the self-employed stylists who use her building were busy trying to clean what they could Wednesday. But mold was already setting in. Styling chairs were ruined. Clients wouldn’t want to come. Sheppard wasn’t sure what she’d do next.

Some say now that the levee systems pumps didn’t start when they should have. The city said the pumps are automatic and were working just fine.

Still, even naysayers aren’t sure it would have mattered altogether.

“Don’t get me wrong, it wouldn’t have kept all the water out of here,” said 22-year resident Gary Jones, who now plans to sell.

Jones knows the problem is bigger than just the pumps. More concrete is added to fast-growing St. Charles County every year. Interstate 70 behind his house has been widened. The Missouri Department of Transportation doesn’t come out to mow and clear the runoff ditch until he calls to complain.

“There’s nowhere for the water to go,” Jones said.

No engineered system would have been a match for Tuesday’s rainfall, experts said.

“How do you compete with that?” said Matt Jones, a project manager with the St. Louis District of the US Army Corps of Engineers. “It’s really hard to plan for those kinds of scenarios.”

But some strategies could reduce flood risk.

And charge fees for laying concrete or asphalt or other impervious services. The sewer district proposed such a move to voters as recently as 2019, but it was shot down.

Big engineering projects are on the table, as well.

The Army Corps is examining the potential installation of a local, eight-acre detention basin to hold water, detailed in an April report commissioned by University City. The project is still probably years from completion, at best.

But even if it were already in service, it wouldn’t have been enough to save University City from the scale of this week’s deluge, experts said.

“It was so much water this time, I don’t think any engineering modification would’ve done it,” said Bob Criss, a professor emeritus at Washington University who has studied flood issues in the region for years and has long-held concerns about the River Des Peres.

More storage in the system will help, he said. But it won’t stop flooding.

We’ve hit a point where the problem is so large, experts said, it’s hard to out-engineer, for a feasible cost.

“I think it’s the only answer,” said Criss.

And buyouts may be gaining steam among residents, too.

The Boshans, in Ellendale, thought they were in the clear. Buyouts had opened up land around them. They thought the giant new sewer district tunnel would help.

So they finished their basement. A month ago, they installed a brand new $9,000 HVAC system.

“We thought we were safe,” Jeff Boshans said last week.

“They need to buy us out,” said Debbie Boshans. 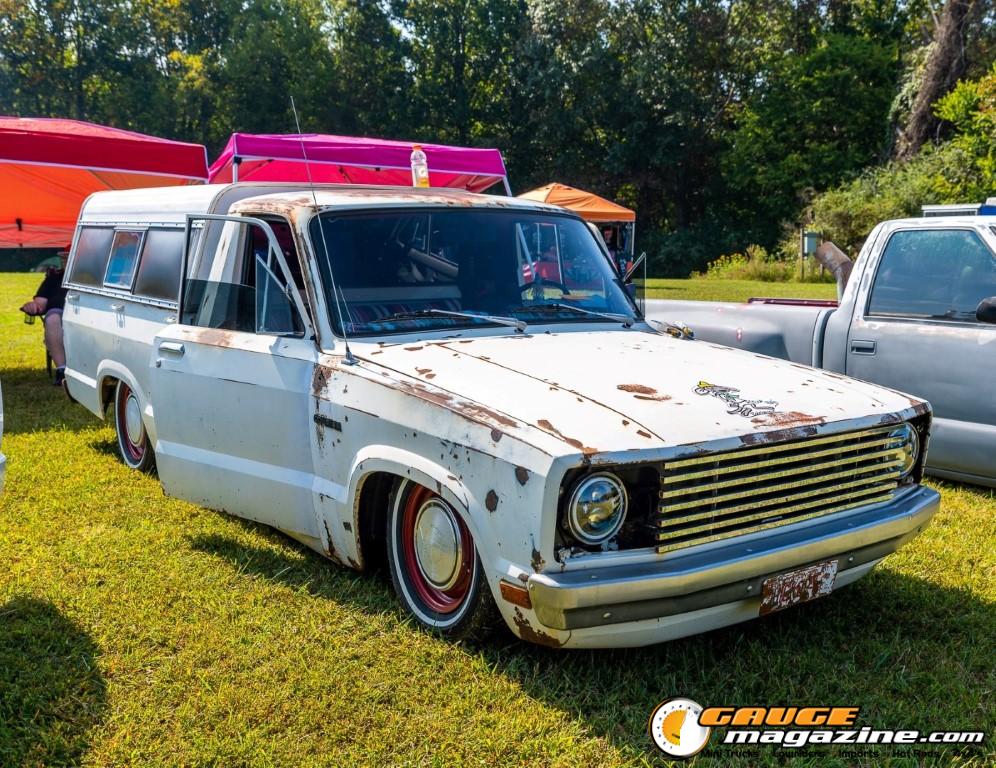